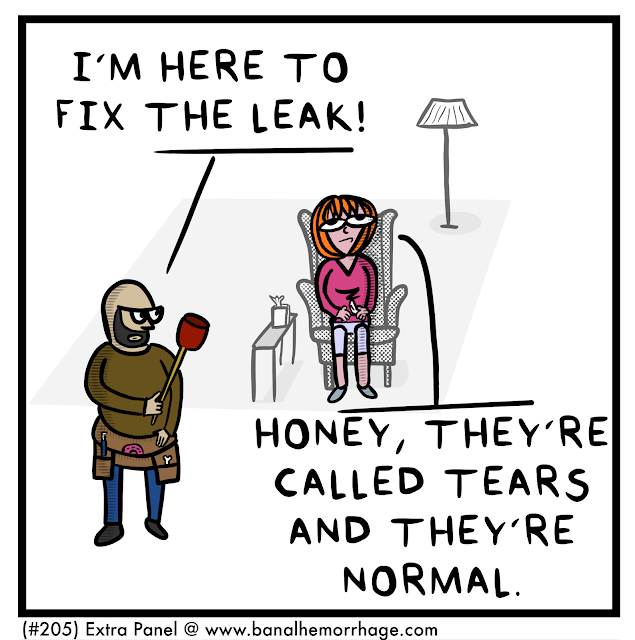 I’ve talked in the past about this. For whatever reason I was raised to try and fix things first and my wife to understand and empathize first. Is it a gender role thing?

I certainly don’t feel this is because of our genetics, my wife could take me down wrestling easily. I don't want her to discover a sleeper hold though, I'm afraid she would overuse it. She’s been working out since I met her and she has a major gunshow. Why would genes limit her from using hammers and stuff?

These expectations, these roles we play, are endemic and in my case, crossed geopolitical boundaries. One of my coworkers, a millennial, told me once that “a man needs to always have a project and tools.” It was the first time I was like ‘dang it perhaps I should’ve been a woman then.’ I have noticed these expectations glacially disintegrating, and I’m for it. I wish there was a way to accelerate this the way we have accelerated the destruction of our known world.

But why am I so prone to fixing things even as I want to abdicate prescribed roles and such? I think mostly it's due to a general inability to 'fix' emotions. I can't do much about those, they have to run their course and be vague and arguably of limited use. My single parent home was not a home of emotions. We didn't talk about them, explored them or catalogued them. Over the years we have learned to crack the door open a bit and let emotions scurry about in controlled bursts. In life, we end up being mostly who we were raised to be plus who we want to be once we realize what we were raised to be.