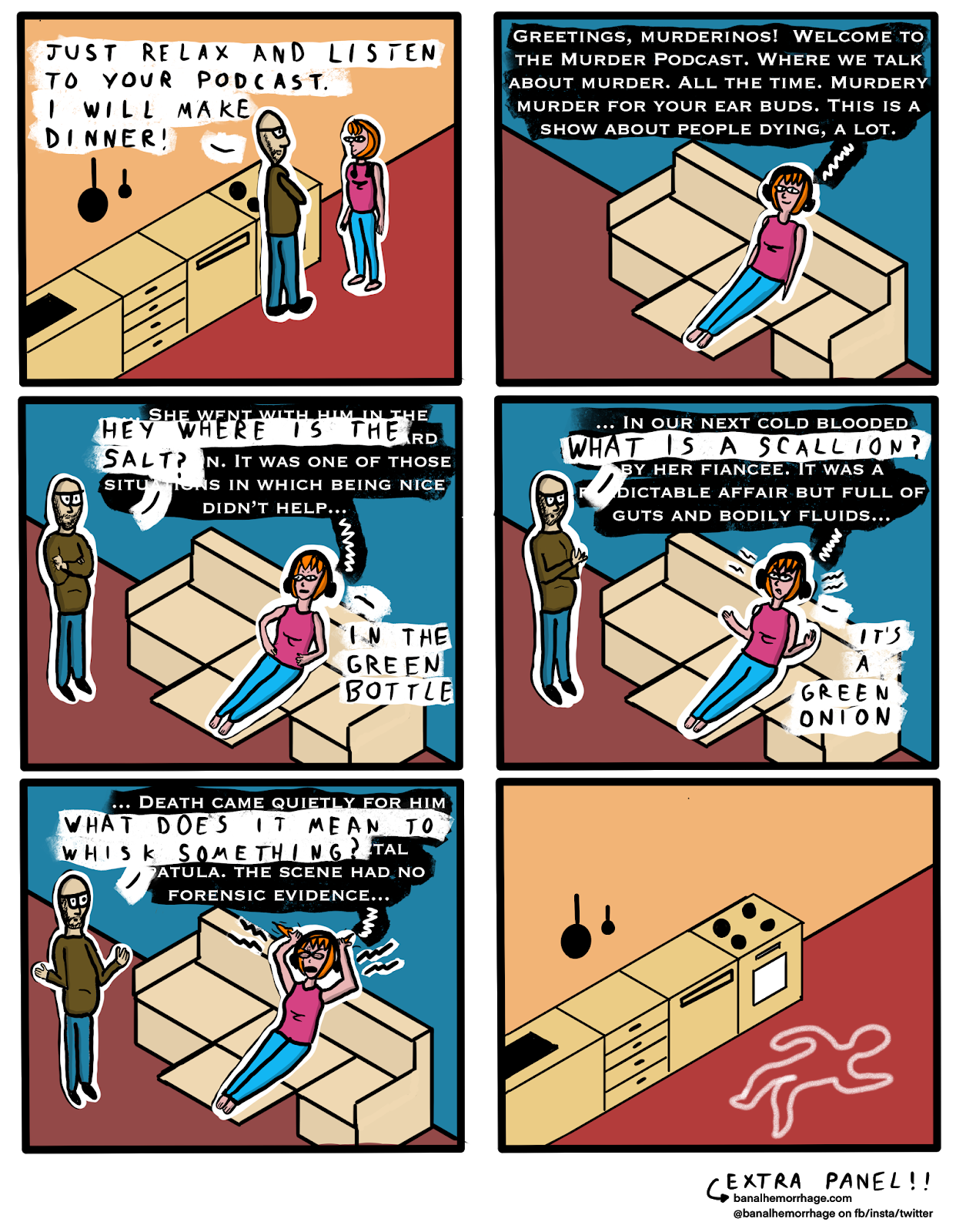 My wife took me to a live recording of  “My Favorite Murder” in Houston this year. It was a great show, but it was also very eye-opening. First of all, the crowd was 90% female. The hosts, too, are female and hilarious about this dreary subject. Not until recently had I noticed the connection between these kinds of shows and gender.

It dawned on me during this show that this is about female survival. By far, the victims in the murders discussed in the show are female and the perpetrators are male. It is something that I barely register in my daily life but is probably at the top of women’s minds frequently. There was a good episode about this in Aziz Ansari's show "Master of None" in season 1. Going home alone is a completely different experience for boys and girls and it sucks a lot. "My Favorite Murder" works with that and evolves it. There’s useful tips embedded in the show, like “f#!k politeness”,  a lot of the murders happen to people that felt something was wrong but decided to go with it because of social decorum. I feel that it is great that women are bonding over shows like this and I believe it actually helps bring awareness about safety.

In the part of my brain that twists everything into dark humor, however, I think about these listeners. They are receiving a master’s degree in forensic science. There's an army of women out there who know how to commit the perfect murder.  My wife has looked at me square in the eye and told me that she would know how to dispose of a body. I feel that this has improved our relationship somewhat, but I sleep a little less soundly after a known screw up.

About my kitchen uselessness. There is a theory that men act incompetently so that they will not be asked to do anything around the house. I believe men started that theory to hide their actual incompetence. I am enjoying cooking quite a bit, so I am bound to get better one of these days. 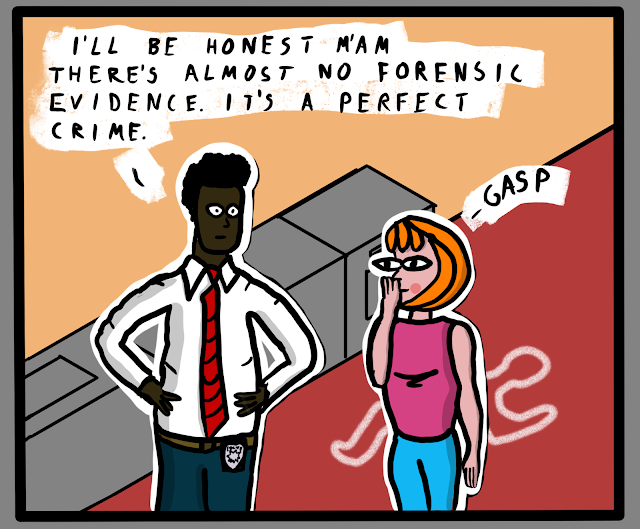 If this is the genre of comics that you like, you can look at labels on the left menu and click on "Relationships". The salt in a green bottle is a throwback to #76: It's All Fun And Games.