Roxanne and I joined the Salvation Army once. We thought it would be fun to be ringing that bell and  get money for charity. And it was fun, initially.

This is how they feel about homosexuality, and this is AFTER finding themselves in hot water about the issue:

“The Bible teaches that God's intention for humankind is that society should be ordered on the basis of lifelong, legally sanctioned heterosexual unions. ... A disposition towards homosexuality is not in itself blameworthy nor is the disposition seen as rectifiable at will. ... Homosexual practice however, is, in the light of Scripture, clearly unacceptable. Such activity is chosen behaviour and is thus a matter of the will. It is therefore able to be directed or restrained in the same way heterosexual urges are controlled. Homosexual practice would render any person ineligible for full membership (soldiership) in the Army.“

This is very incompatible with our views, and inclusion in general.

After that experience, we have mostly volunteered locally. 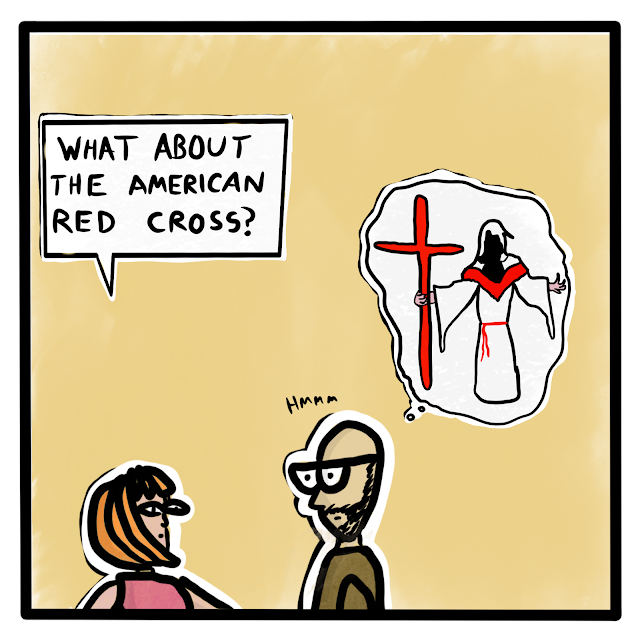