Things have been... weird. We finally beat the worst president we’ve ever had. He’s out. More than 80 million people hate him. His autocratic style was transparent and against what the United States stands for, regardless of if you are a Democrat or a Republican. A weight is lifted for immigrants, LGBQT, liberals and the environment.

And yet... tens of millions of people voted for him. Many have moved on since, but at least half (the same half that put credence to Q Anon) believe that the election was systematically rigged and that it will be turned back to Trump. Let me be clear, these people are idiots or monsters. These are the worst of our society. People keep telling me that many of them are ignorant, as if that excuses their dangerous wants.

At this point what they want, based on slim evidence, is to overthrow the election in swing states. They want to have the legislatures (many Republican due to gerrymandering) elect their own electors.  The gulf between what they want and the evidence they have provided is larger than one million Four Seasons Landscaping buildings. They’ll never get what they want, but their desires are so antidemocratic that it dazzles the mind. Many in the party of small government want to put politicians between the people and their vote. They want an emperor, a king, not a president.

How often have these idiots fought to cannibalize their own supposed values? They hate public education, but are on board for Trump’s imbecilic and misguided Patriotic Education plans. Some call themselves libertarian, and yet they curtail both legal and illegal immigration and disagree with legalized cannabis. They see lizard-people plots and Chavez’ ghostly manipulations, but they can’t see systemic racism. They call themselves religious, and yet their idol is one of the most vile people who has graced this country. Adulterer, liar, tax-evader, grifter, draft-dodger and much, much more. These guys are the worst of America right now. I can only hope that they will learn to screech in a quieter tone, or wake up realizing they had bad lemonade. The moment they stop being stans for Trump, I will stop referring to them as idiots.

Does it feel weird to insult around 35 million people in my country? Yes. But idiocy is not a protected class. They are choosing to undermine the institutions that have made this country the beautiful magnet for  Democracy-loving immigrants like me, I choose to call them out for what they are: uninformed idiots or traitors to the United States. Our institutions have held against Trumpism, but you can see that they’re still trying to knock on every brick to find out which one is loose. And that should upset all citizens of the world.

Since many of them are going to Parler (a social media alternative that will helpfully put all of them in one basket), I helped them out with an ad they can share with their friends. 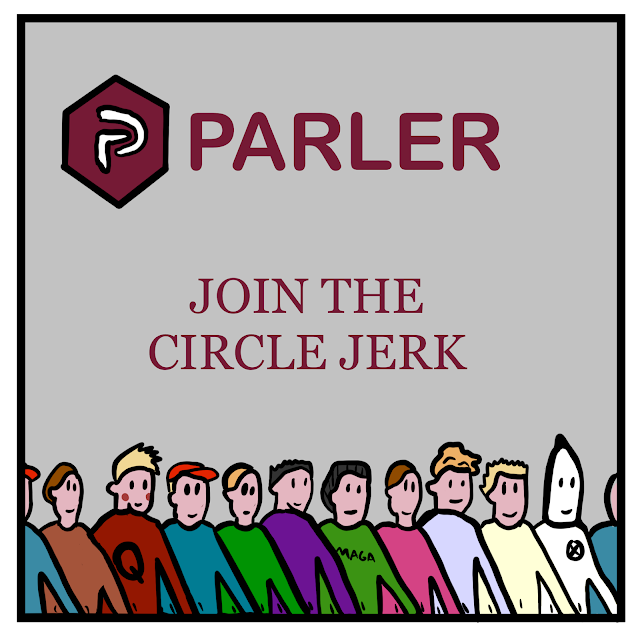