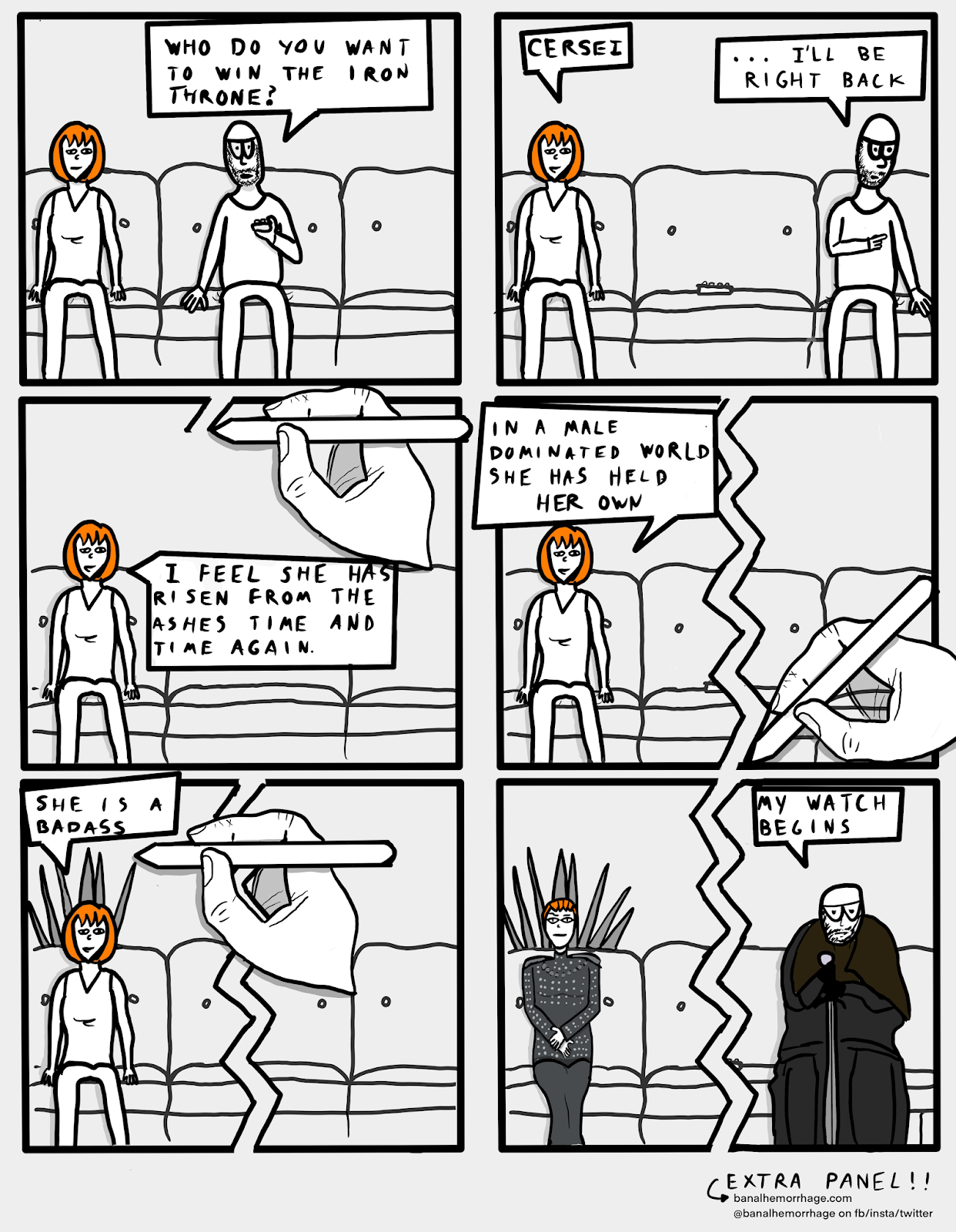 Dear readers, my wife and I don't watch sports. We have similar political views. We even prefer the same Mystery Science Theater 3000 host. This is big. This is the biggest rift we've had in anything and I love it.

My wife is not crazy, she is not maladjusted, she is not pro-incest. My dear readers, she is pro Cersei because she is pro woman. I know there are other women on this show, but my wife partly loves the idea of this powerful, rich woman being in power in this depressing world of Westeros at the end of this season.

Here are her thoughts on the matter:


So, why after 8 years, as everyone’s beloved show comes to a close, do I find myself feeling that an apt ending for GoT could be with Cersei remaining firmly seated upon the Iron Throne?


For one thing, it would just be good, unexpected story telling. I can hear twitter crashing with the sheer outrage of it. She has been there (on the throne) an awfully long time now in the life of the series. She’s arisen from the ashes repeatedly.  It would show the futility of war and power struggle. The more things change, the more they stay the same. That good does not always triumph over evil. A frightening message for our times. A real message for our times.


She is placed inside a time & a place where females really don’t have a lot of power (the female power roll in GoT came quite late in the series). And yet Cersei has it. A lot of it. At great cost, sure. Does she abuse her power? Without a doubt. Has power & strife caused her to become wicked, rather than rising to the occasion? Yes. Absolutely.

But compare her to other females who have gained power over the series. Dany has her dragons. Would she be anywhere without them? And to me, she wants that throne just a little bit too desperately. I see a bit of the madness of her ancestors in that one. Arya had her teachers/mentors in swordplay and her dark powers (all male, I might add), and despite her obstacles has been loved & respected by many throughout her short life. Even the mighty Brienne had to be validated by Jamie to feel she was truly worthy of being a “ser”.  Cersei needs no one. Well, maybe a small legion of zombie queen’s guard, be she was well on her way before they were created.


The only others that I feel come close to Cersei in their story arcs are Sansa (who started the series as a silly little girl with the world at her feet, and who’s own ridiculous decisions got her into terrible trouble), and Yara Greyjoy, who is arguably the best female character on the show yet only allowed minor screen time (perhaps that will change as the series comes to a close?).


So with my understanding of the story line and my own personal feelings at play, yes, I feel Cersei, alone, and still miserable, on the Iron Throne, would be an apt and fitting ending to the series. A scene in which she sits upon it, yet it brings her no joy or closure, is to me the ending that Martin could never write.


There will certainly be those that want to shout at me all of the truly horrifying things Cersei has done, the pain, the torture, the depravity of it all. I read an article about her killing her best friend as a child out of jealousy but I honestly have no memory of it (Series began in 2011, just one year after I met my now husband). I don’t argue any of it. In fact if I went back right now and started watching the series from episode one, I’d probably burn these words out of shame (SHAME! SHAME!). I can only come at this from where I stand today.


And where I stand today is as a female in a world where a racist misogynist  runs our country and by extension, much of the world. I stand in a place where as a runner, one day I simply couldn’t bear the thought of being terrified as I ran through my favorite trails alone, in the woods. I stopped. Now I just run on city streets, but still look over my shoulder approximately every 30 seconds. I am living in a nightmarish reality where hate crimes & crimes against women seem to be celebrated out in the open. In America. In 2019. All of this experience (and yes, I am a privileged white woman, I can only imagine this fear & powerlessness compounded multiple times by women of color) , it colors my perception of a character like Cersei. It is  perhaps the darkest of revenge fantasies a woman could have. Not just beating your oppressors, but crushing them. Giving back a little taste for all these centuries of women most definitely not being on top, If you haven’t yet, look into the book The Power by Naomi Alderman. It is perhaps the most impactful book I have read in recent times. What would happen if those roles reversed? Perhaps we would have someone like Cersei rather than 45. I think many women, many people, would prefer her.


But to quote another of my favorite series “Repeat to yourself, its a just a show, you should really just relax.”


Long live the Queen - whomever she may be. 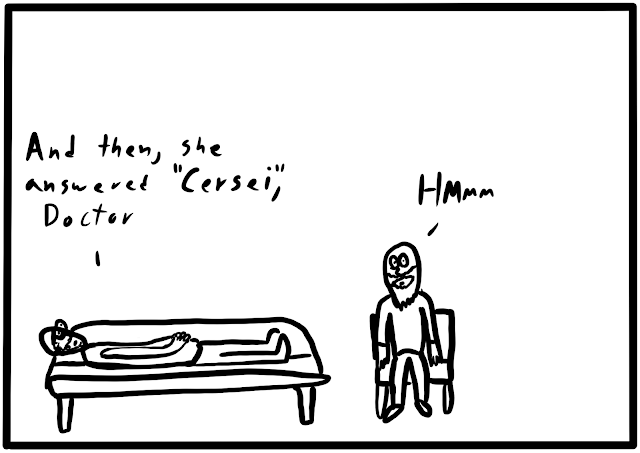 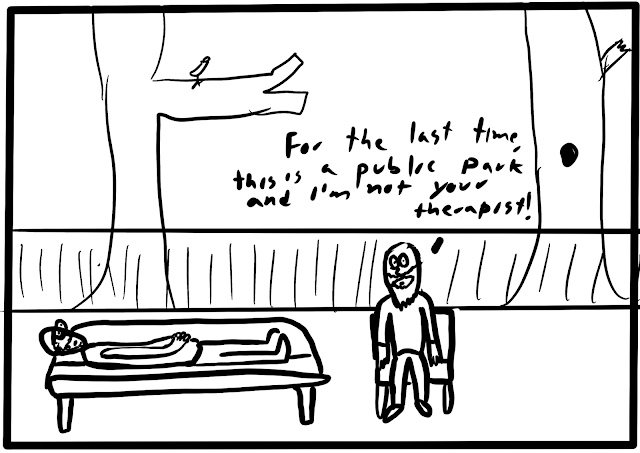