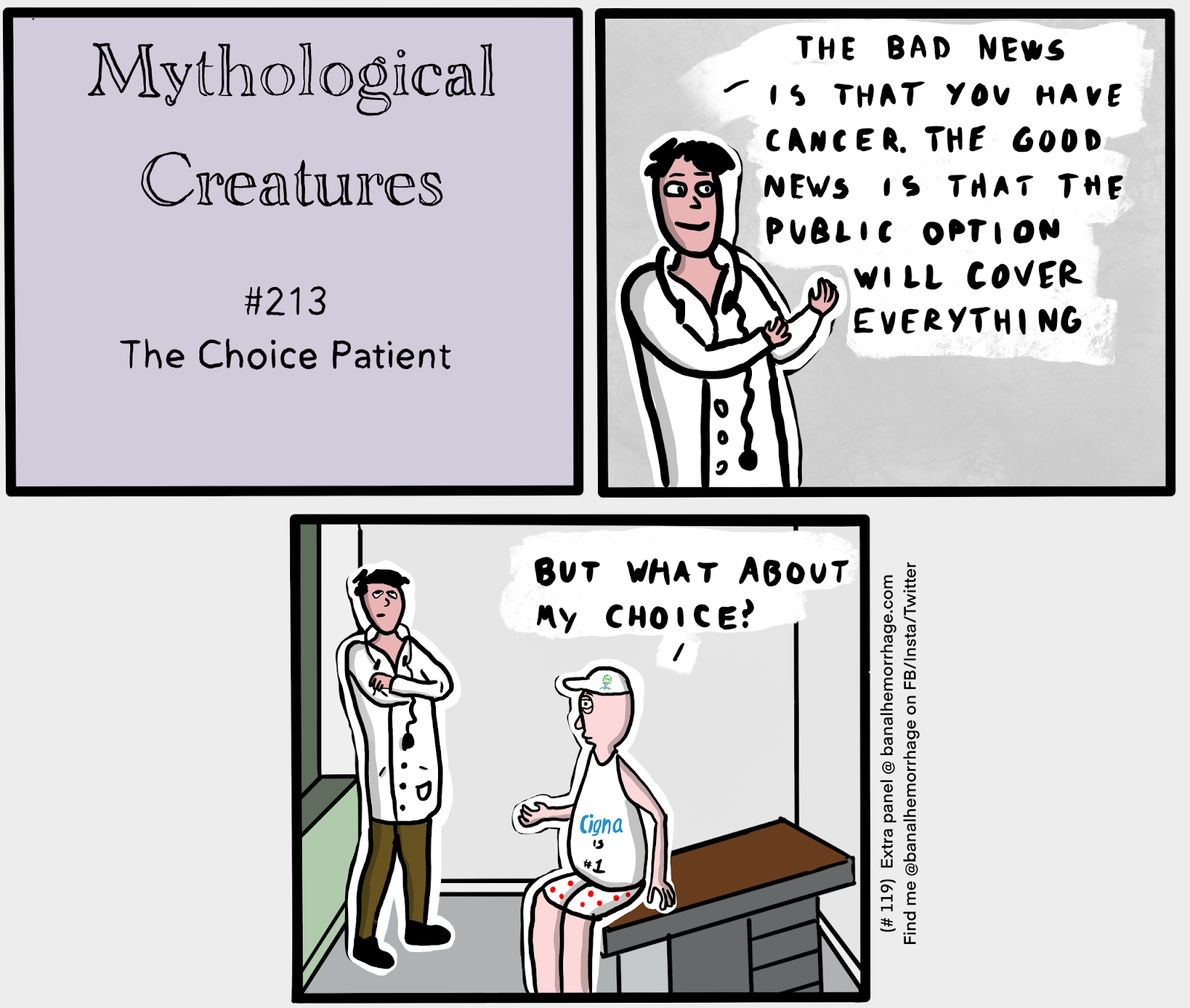 The choice patient is a Republican talking point. Most people in the United States already have no options in their insurance as it is done through their employer. If you have a public option that will pay for your main healthcare needs, only a portion of Americans would need to supplement it with  something else. And this is the United States of America so there will always be VIP options, I have no doubt.

We need to go to Universal Healthcare. On that the Democrats mostly agree (Biden's 97% promise falls short to most others). They disagree in how to get there. You heard on the democratic debate one of the main rifts: Should we have a federally managed, exclusive public option or should there be a space for private insurance? I am not intelligent enough to know what will be best in our current economic and political climate but hear me out. An exclusive single payer system is very rare in large countries.

France, Spain, Germany and Canada have a role for private insurance. Therefore, the United States progressives are pushing for one of the most exhaustive federal healthcare systems in a country that is beset with the highest costs of healthcare and a very unhealthy population. There's reason to wonder how we are going to make it in a country that hasn't been able to pass universal background checks, which are supported by a majority of Americans.

Personally, I've begun to feel like the path forward is not eliminating all private insurance, but by making strong federal guidelines (protecting preexisting conditions and having a universal language and process for billing) and having a robust public option. Bernie and Elizabeth are right about one point: Dealing with multiple payors adds a lot of cost to healthcare. Eventually,  private insurance companies will coalesce as they compete with a robust public option and administrative costs should reduce as well. We will actually be better with less choice!

The point of this comic is that the issue will not be about choice, but about how we are going to fund and roll out universal healthcare. 'Lack of choice' is an argument Republicans use to move the government away from everything, including schools and guns. Let's not dwell on that one, most people won't give a shit. Any road we take will be messy and fraught with issues, but we must go to 100% coverage if we want to make this country great. 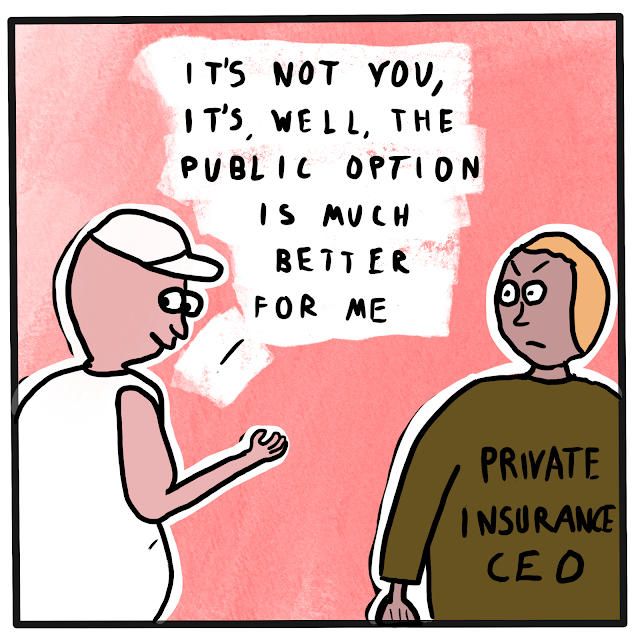