Yes, dear readers. I found a new job. I am an extremely lucky individual. I am lucky to have found a job doing pretty much what I was doing before (whatever that was), locally, and with a great group of people. Even during the occasional depression, anxiety and existential malaise I've experienced in my life, I've always known how lucky I am. I have a one in a million mom, a one in a million wife, a one in a million cat (Khaleesi), and one in a million friends. I also have to contractually acknowledge that I have another cat (Eris) and an immediate sibling.

This mid-year, mid-life and middling crisis left me with a heavy enlightenment. My dream of getting paid for doing nothing was a farce. Even though I am more relaxed than I have been in a long time, I realize now the power of purpose, whatever that purpose is. Even though I was still volunteering during this time, there was a hole that no amount of video gaming, binging or lackadaisical traipsing around the neighborhood could fill. I don't know if part of it is the guilt of seeing my wife going to work while I get to have fun with the cats, but my eyes are open to the possibility that I may need some structure when I retire. Fingers crossed I'm wrong about it, though! 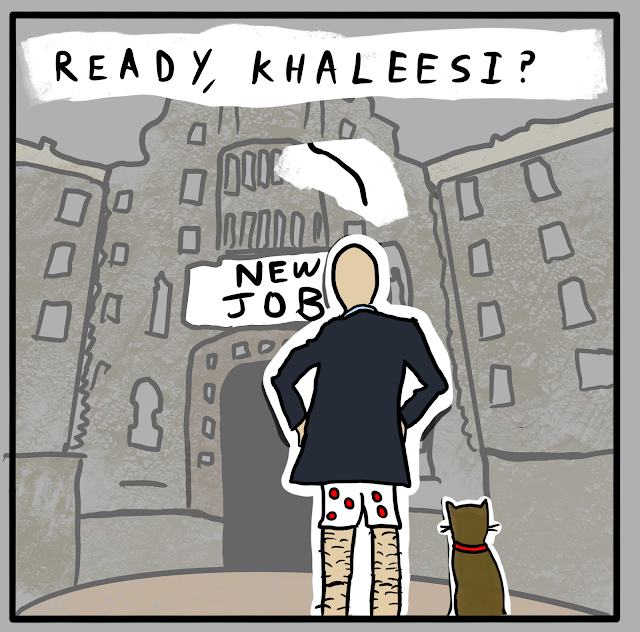 It's going to be hard not to have her around during my work hours!