Dear readers, politics in the United States are a mess. The right, in particular, has become meaningless. The right was the party of law and order, at one time. Under Trump, however, they are anti-FBI. They were for economic conservatism, but now they support the largest budget ever. They say they have an issue only with illegal immigration, and yet they cheer Donald Trump when he curtails legal immigration. The right under Trump only makes sense if you really see them as (poorly written) evil characters.

The Hidden Brain podcast has an interesting episode called “More Divided than Ever”. It was really interesting, especially the part with John Hibbing, who talks about the biological nature of our political views. For instance, people who lean conservative tend to also dislike spicy food [duh, says my anecdotal experience]. I feel like understanding there’s a biological component to our stances does help me empathize more with an opposing political position.

The thing is, Trump supporters are not acting like conservatives or liberals. They seem to be just following a terrible excuse for a man, not their principled beliefs. That’s how I rationalize making fun of them. They are not values-based voters, they are a fandom! We, as a society, made fun of Bronies, Trumpies are fair game too! 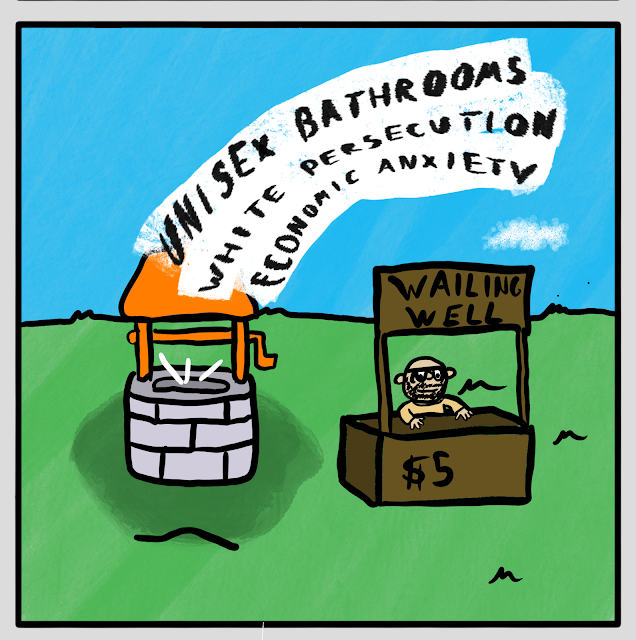