It’s not that I don’t care, it’s that my ear bones constrict systematically during a conversation. Medical experts have often been baffled by this phenomena, a first in its kind. They may call this condition Banal Ear in my honor. It’s true, trust me, I’m a guy on the internet.

My lack of attention is arguably a more famous aspect of my personality than my penchant for providing impromptu and improper sound effects to mundane things. Arguably. Every teacher I had gave me the spiel about how much better I’d do if… by that time my attention had ran its course so I never got to hear the “if”.

It’s probably no picnic to my chosen one, Roxanne. It likely comes off as selfish. It likely IS selfish.

Material possessions are not my goal, it has been replaced by becoming a better me until the day I die. I have oceans to cross, but this is one of my most important journeys. How do I become a better listener to my wife and loved ones? That’s the question I will answer as the journey unfolds. We’ve had partial success with whiteboards and clearer roles. The next steps require being present and more attentive to signs. I learned how to notice and stop at Stop Signs in the United States (after a couple of traffic tickets), I can do this!

This selective deafness may be a feeble shell around me. 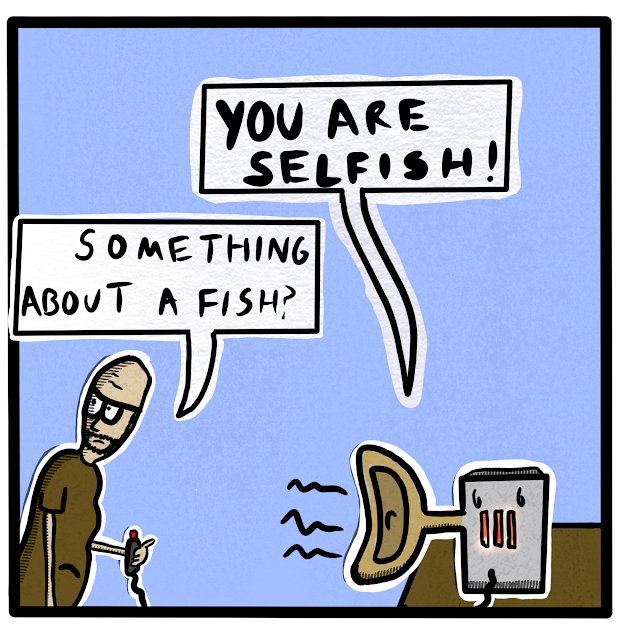 Also, I’ve made some magnets so you can make your own crazy scene in the fridge! Get them here! 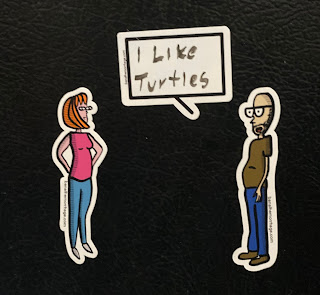