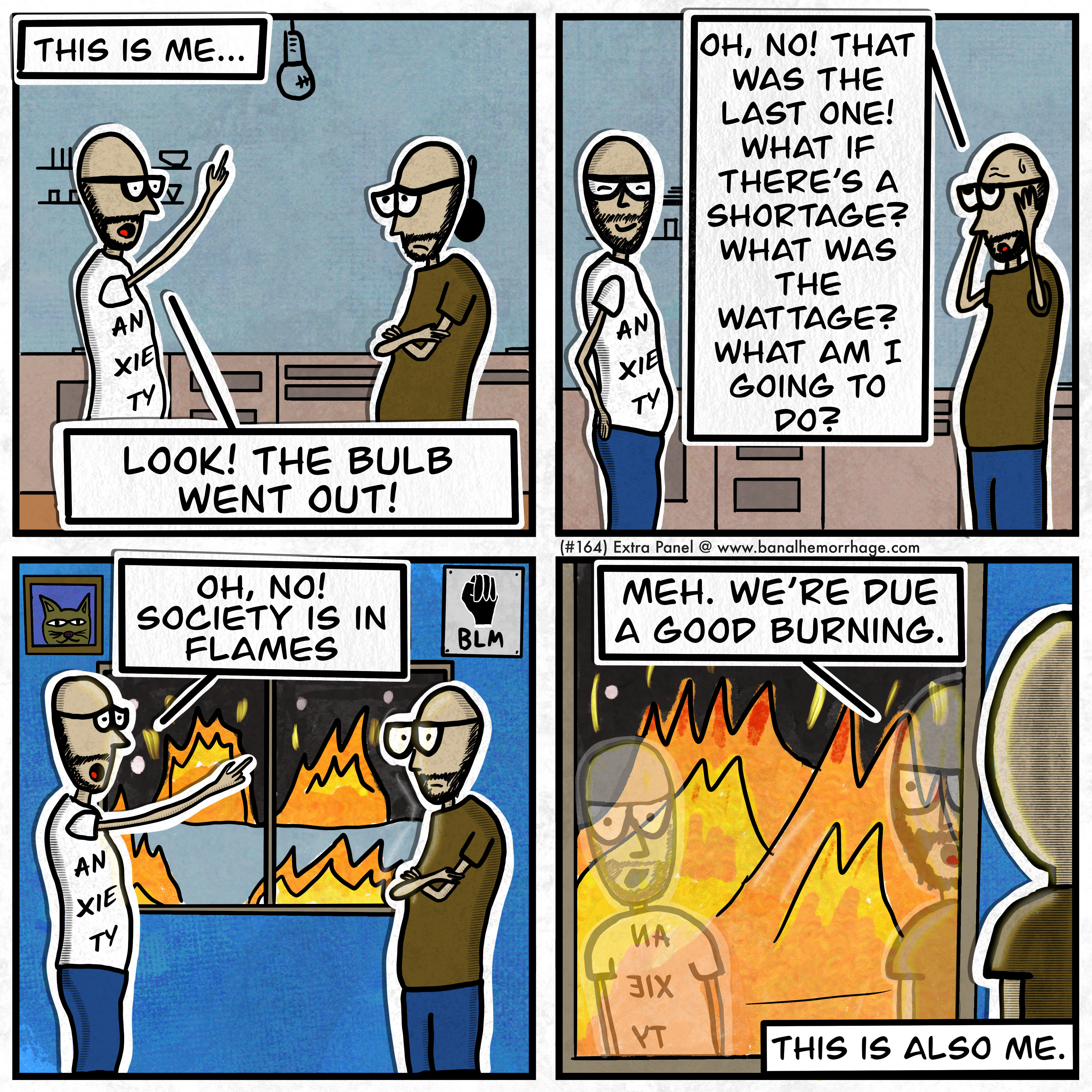 I remember the ‘92 LA riots. If you don’t, there’s a brilliant documentary in Netflix about it (LA 92). At the time, the loss of property and all the literal flames made me question if the response was balanced to the cause (Rodney King’s beating.)
Now, I don't even pose the question.
I can never know what it is like to be culled and focused on so adamantly. Sure, other minorities get some crap. But there’s something about the image of a black individual in society at large that scares white people. An angry white man doesn’t generate the same fear and reprisal that an angry black man does. An armed white man? Well that’s just Walmart on a Friday night! An armed black man is a death sentence.
I’ve only experienced racism a few times, and it only happens when they hear my accent. Instead of cops, the institution that treated me like dirt was Homeland Security in airports. They mocked my accent, they questioned my motives, and they generally made me feel powerless. However, I never felt like my life was in danger.
I will never know what that’s like, to fear for my life from a government employee. But I can know that it is real and it’s systematic.
I want to be part of the solution, but I only know how to give money, protest, vote for liberal officials and have difficult conversations. It feels insufficient. I have been speaking more and more, to unyielding ears, about the racism that permeates all. I have shared my own journey. It’s hard to hear, it’s hard to speak of.
These last weeks, however, I’ve seen some new faces on this side. I hope that I am seeing truth and not what I hope to be true.
I love you all. Being introspective and questioning your own bias is hard work, and I see you working on it. I'm proud of you.
Extra panel: 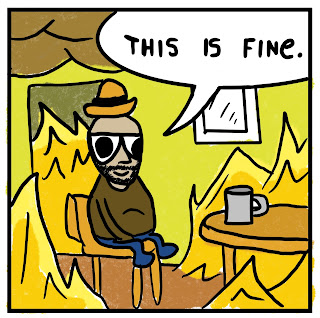 When I started drawing the flames, I realized I owed the This is Fine dog a nod. He’s been calm and collected under duress since his 2013 comic by KC Green. Today I learned that he is also the creator of Dickbutt. Wonder what the artist thinks of 2020?
Mental Health Political