These are a collection of the colorful, and often savage, sayings of my people. For all I criticize my people sometimes, I have a lot of respect for their wordplay and creativity. Growing up in Venezuela was, for the most part, a great experience. The weather was nice, people were very hedonistic, and I had a very comfortable life. Perhaps a bit too comfortable, if I do say so myself. Which I just did.

The first one is "Camaron que se duerme, se lo lleva la corriente. [Shrimp that sleeps, the current takes.]" It is a cautionary tale about not being on top of things. Lest you be taken by the current. Thing is, a little bit of current hopping is not bad. What else is life, just constantly fighting against the tide? Nah, can't subscribe to that magazine. By the way, "Can't subscribe to that magazine" is copyrighted by Banal Hemorrhage productions.

The second one is dark as hell. "Cria cuervos y te sacaran los ojos. [Raise crows and they'll leave you eyeless]" I mean, I get the gist of it, but do we always know that we are raising crows? What if crows look like angelic babies. Just to be sure, we are only raising cats, which will indubitably poke your eyes out. But they'l look cute AF doing it.

The third one states that something is like "Cachicamo diciendole a morrocoy conchudo. [Armadillo calling a tortoise 'shelly']" It's the zoomorphic version of "Pot calling the kettle black." Animals make everything cooler, even insults. Speaking of, Venezuelans are great at insulting. It's one of our many talents. Depending on your particular life ailment you may be called "Fetus face [Ugly]", "Testicle puller [Adulator]", or "Chicken Minded [Dumb]".

The fourth one I never heard, but laughed when I read it in while researching this post. "Como una cucaracha en baile de gallinas. [Like a cockroach in a chicken dance]" I know I've been that cockroach many times. Like when I speak Spanish in a shitty bar.  Or when I'm introduced as "the guy who will make us change" at work. Or when I speak Spanish in Arkansas. Just kidding, I've never been invited.

If these Venezuelan things tickle your fancy, please check the videos and work of Joanna Hausmann, a Venezuelan comedian that often attempts to explain our particular insanity to the English speaking world. 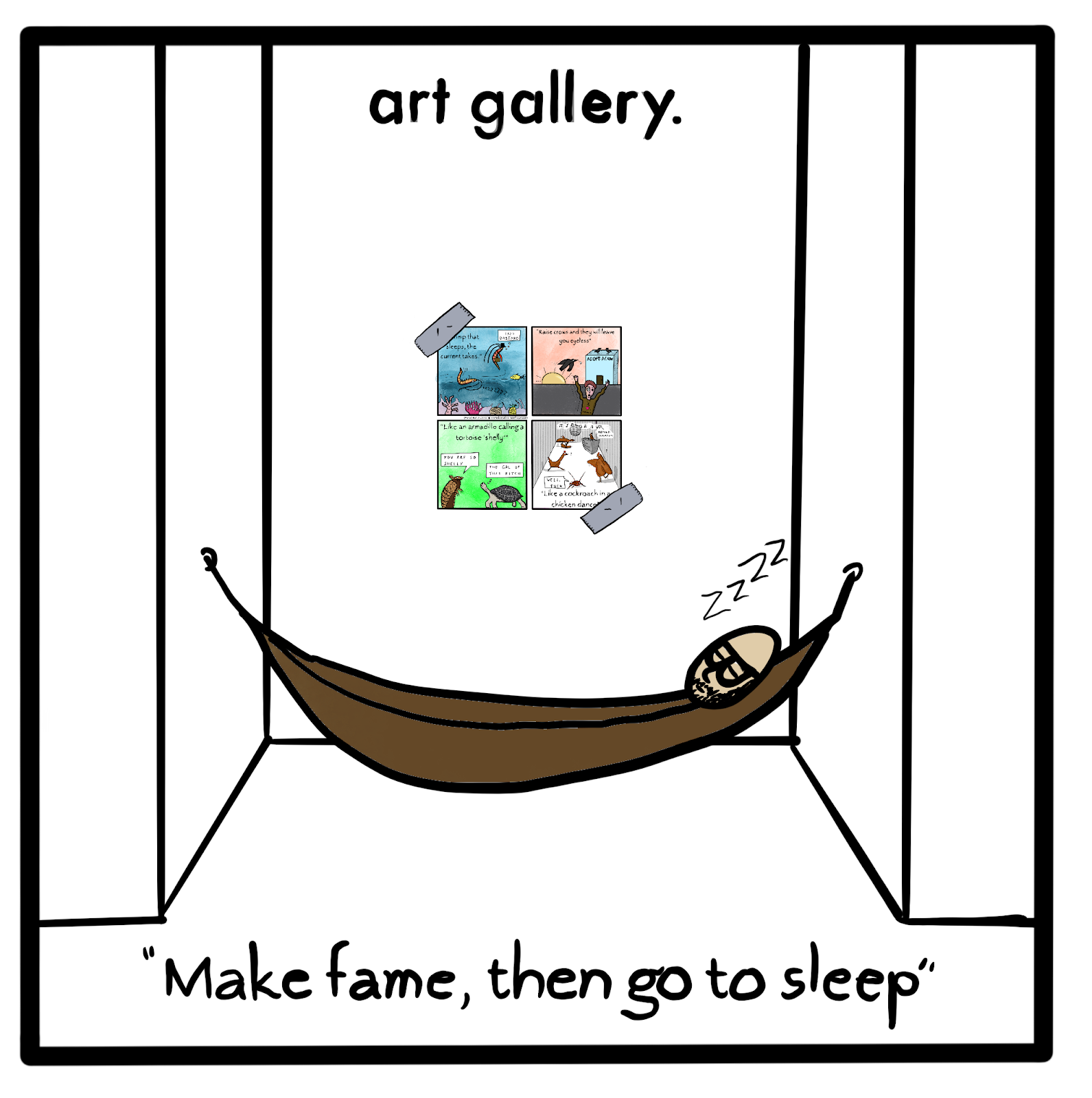 This one "Crea fama y echate a dormir [Make fame and go to sleep]" is a psychological test. For me it always meant that you should work hard and do something that will make you rich and famous and then you can take a good nap thereafter. For others it means that if you screw up once, even if you go to sleep people will keep talking about you. That interpretation seems to rely more on the infamous side of things. It's weird that interpretations vary so much. I think it's time for my nap, though, so until next time!