Obama was a bit drone happy. Hillary was a bit hard to relate to. And I voted for both of them. The thing that surprises me the most about the Trump presidency is how his supporters don’t even acknowledge his faults.

This week the president suggested that we look into putting disinfectant inside our bodies. Fact. Even the dumbest among us know how dangerous that would be.

And the Trump defense force has been strong this week. Their defense is the most hilarious thing I’ve seen, and I consume a lot of comedy. Their argument is that Trump isn’t actually doing it, he just wants us to consider it. The highlight of my week was a Trumpian saying it was fake news and providing text that would exonerate the President, but the idiot forgot to change the words and provided the actual words:

“And I then I see the disinfectant, where it knocks it out in one minute, and is there a way you can do something like that by injection inside, or almost a cleaning. Because you see it gets in the lungs, and it does a tremendous number on the lungs. So it'd be interesting to check that. So you're going to have to use medical doctors, but it sounds interesting to me, so we'll see."

Idiocy like this is indefensible. He’s either a moron or an addled mess. So how come none of his supporters even acknowledged how messed up it was? 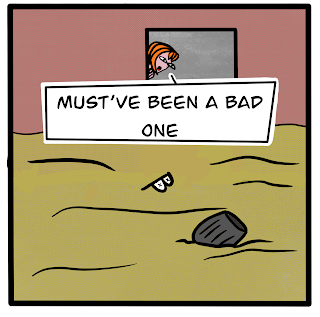